Behind the scenes on HGTV Design Wars/Part 3 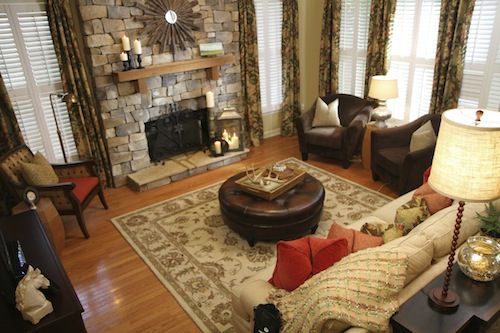 So, are you tired of this project yet?  If so, you’ll be happy to know the blog will be back to normal next week.  If not, here’s one more post on my behind the scenes experiences with Design Wars.  But, before we get to that, I wanted to answer a couple of reader emails.  A couple of you had asked about the other rooms that I designed for the show.  Unfortunately, I don’t have pictures of the kitchen/dining area or the foyer (the space they didn’t show on the episode).  The way the show worked, each designer had a certain amount of time to do each space and once we were done filming, the crew sometimes began to break down our spaces before we could get photos.   Another reader asked to see the before photo of the family room.  I had to do a little searching, but I found one.  The photo quality is really bad, but here it is.

What do you think?  Pretty drastic change, isn’t it?  It’s amazing the changes that can be made in just 1 week. 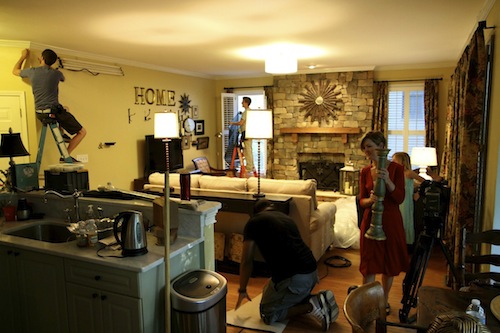 I promised you a look on the other side of the room.  Here you go.  Yes, I was putting the final touches on the space in a dress and heels the day of the reveal.  The room was pretty much finished the morning of the reveal, but the director made me take out almost all of the accessories, so that they could make it appear that I was still working.  While I was doing that, the crew was putting up the lighting both inside and outside. 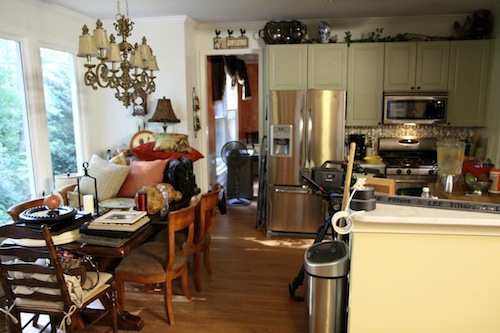 Here are all of my accessories.  The only thing missing here are the 30 members of the crew.  Not sure where they were at this point. 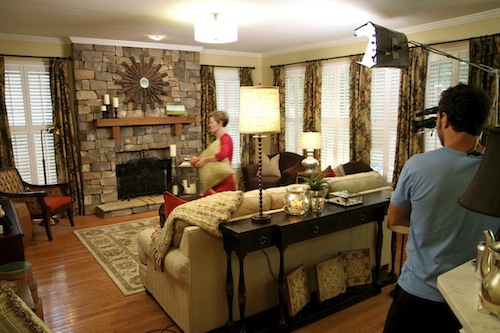 There’s me walking back and forth with pillows as they film.  The night before was a different story, just me and my amazing friends and family.  I recruited anyone and everyone I could get to get this done in time!  The stone fireplace took 4 days to install, so we did not start with everything else until the night before the reveal.  It was crazy, but we did it. 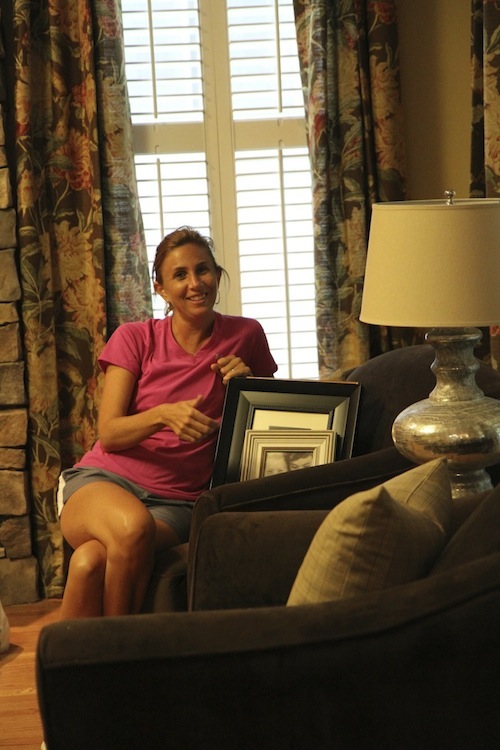 Here’s Heidi.  This project would have been completely impossible without her. 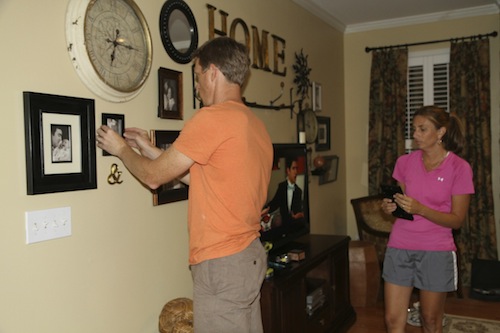 Eric and Heidi working on the gallery wall.  Eric took the photos of the family that we used on the wall.  They were beautiful and I’m not the least bit biased. 😉 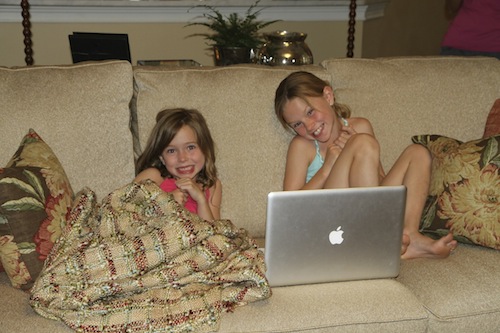 My girls.  They watched way to many movies and ate way too much junk food that night! 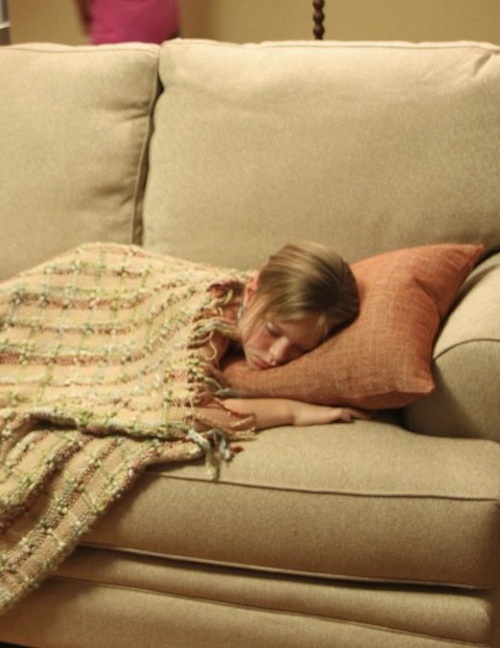 By midnight, they were sleeping through everything. 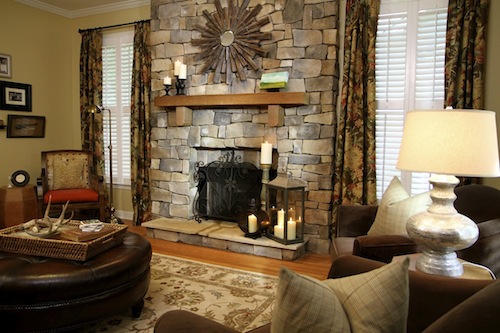 By the next morning, we were tired, but so happy with the space.  I hope you’ve enjoyed the behind the scenes posts.  Thanks again for your amazing support.  This experience has been phenomenal and I’ve loved every minute of it.

We’re off to Arizona this weekend to celebrate my mother in law’s 70th birthday.  I’m so looking forward to some pool time and birthday cake.  My friend Jen from At Home in the Northwest will be here on Friday with a fabulous tutorial, so be sure to stop back by.

The comments are closed.